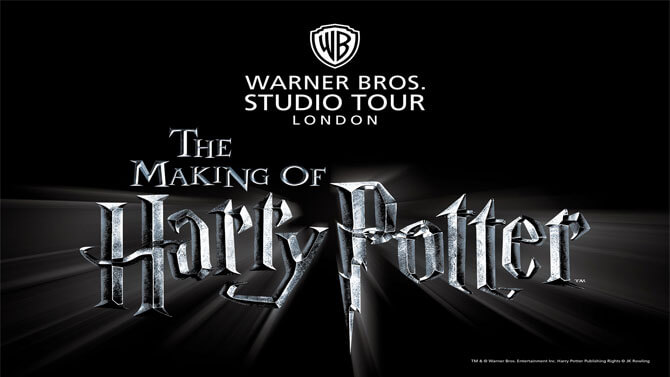 The Warner Bros. Studio Tour is an absolute must for fans of the Harry Potter series of books and films. Go behind the scenes to discover the secrets behind the filming of all 8 films as you explore the actual sets used to film scenes in Hogwarts, Diagon Alley, and Privet Drive—to name but a few.

Immerse yourself in the incredible world of wizardry, tricks, and magic as you kick off your exploration of the Warner Bros. Studio with a guide. Marvel at the impressive Great Hall and picture Harry wishing for Gryffindor as you see the actual Sorting Hat used to decide the students’ house allocations in the first film.

Hop on board the zany, triple-decker Knight Bus that Harry rides in the Prisoner of Azkaban as well as the Flying Ford Anglia from The Chamber of Secrets. Next, pose for a photo outside Harry’s former home at 4 Privet Drive before sampling a fabulous pour of frothy butterbeer. Head over to the newly restyled Platform 9 ¾, where you can climb on board the Hogwarts Express steam engine and pose with a luggage trolley as it vanishes through the platform wall.

Discover sets, costumes, and props that showcase British artistry and the cutting-edge technology used in producing the cinema. The tour wraps up with a close-up look at the 1:24-scale model of Hogwarts used to film exterior shots of the school for wizards and witches. Gaze at the intricate details of the school’s halls and grounds to appreciate the work—and the real-life film magic—behind the creation of these iconic films.

PLEASE NOTE: Warner Brothers Studio Tour London – The Making of Harry Potter have increased their ticket prices due to popularity and the expansion of the exhibits hence our prices being higher than usual for this trip. These tickets with travel are being sold at the best available price.