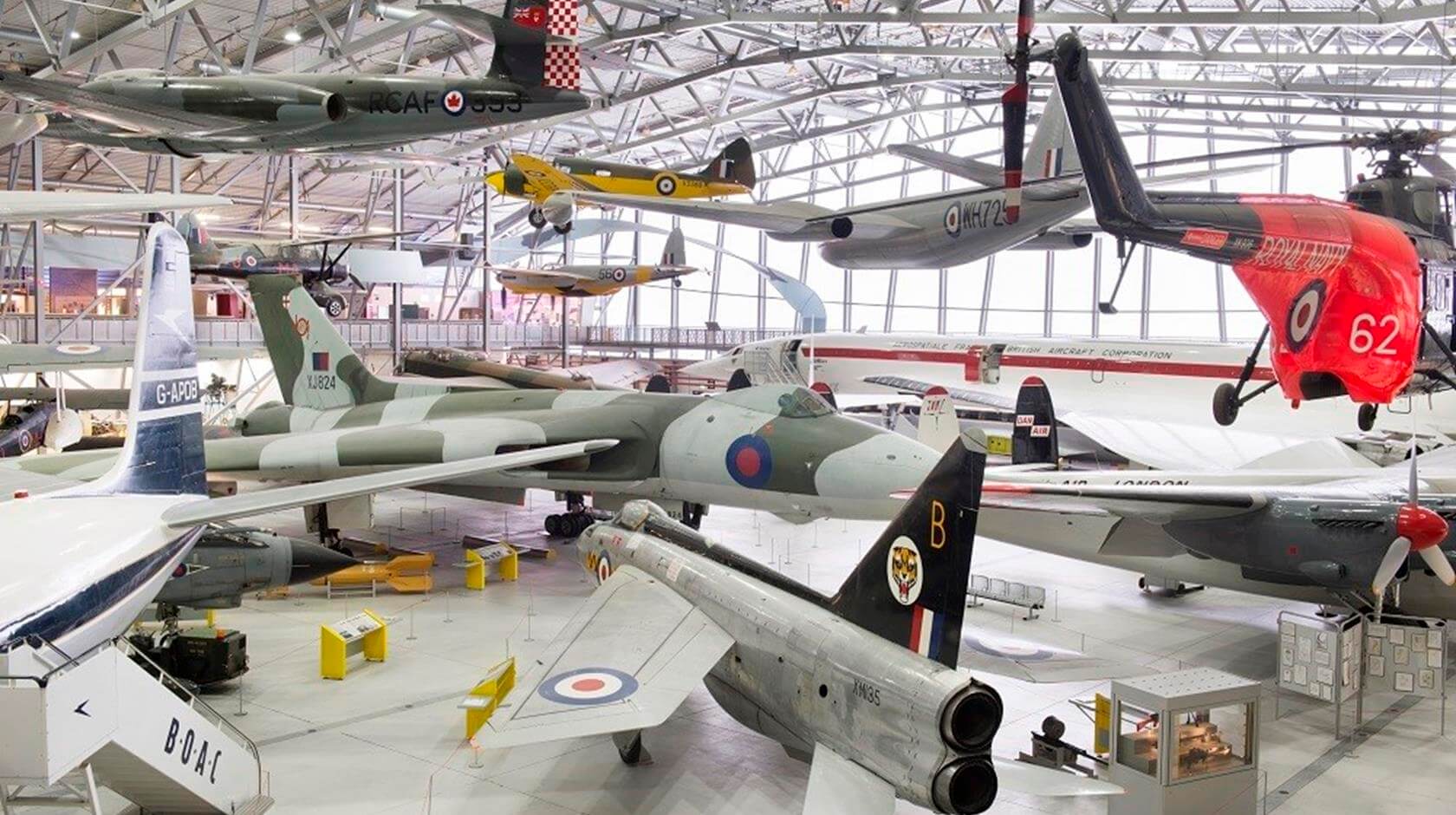 Walk through the same hangars and buildings as those who served at RAF Duxford. See aircraft take to the skies from the airfield that Spitfires first flew. And get up close to over a century of aviation with hundreds of aircraft and objects on display. Be dwarfed by the B-52 and Concorde; get up close to famous Second World War classics including the Spitfire, Lancaster and Tiger Moth; and stare up into the guts of the Vulcan bomber. There’s so much to discover at IWM Duxford.  Britain’s largest aviation museum, Duxford houses the museum’s large exhibits, including nearly 200 aircraft, military vehicles, artillery and minor naval vessels in seven main exhibition buildings.