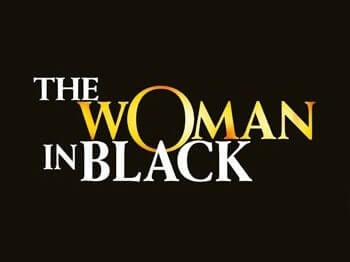 One of the longest running plays in the West End, The Woman in Black has become a British cultural institution. The cast may only be made up of 2 people, but it still packs a punch and is one of the most frightening play around. Playing at the Fortune Theatre since 1989, the story has enjoyed a revived interest after the 2012 film starring Daniel Radcliffe. So, if you’re looking for a play that’s guaranteed to pique your interest and haunt your mind, then you’ll want to join the crowds and see The Woman in Black.

Upon entering the spooky 432 seat theatre, you’ll already feel close up to the action. As the show begins, you’ll learn of Alice Drablow’s death. Having lived and died alone, there is nobody left to sort out her legal matters. So, in steps Arthur Kipps, a junior solicitor who is sent to her estate and tackle the paperwork. As he sorts out the piles of paper, he feels a ghostly presence, later spotting a young woman dressed in black in the graveyard.